A friend of mine recently shared with me that his church brought in a young seminary grad to discuss the possibility of his becoming part of a needed ministry.


After extensive questioning one member asked about the young man's calling to which he responded that he didn't accept the traditional idea of a "calling"; whatever the church needed him to do he would do.


My friend was very disturbed as was I.


Lately, this has become an all too often repeated answer given to church search committees. Ministerial candidates refer to themselves as having "chosen a field of ministerial service" rather than being actually called by God.


Being "called by God" is not a choice.  When God truly calls you, you know it and God doesn't stop until He gets you.


The Bible is full of examples of how God calls people out for His purpose. Moses (the burning bush), Samuel (direct revelation) Isaiah (Temple vision), Jeremiah (direct revelation), Daniel (dream and study), Ezekiel (wheel within the wheel), Saul (Paul) (Jesus on the road to Damascus) and Timothy (his study and revelation) (just to name a few) are such examples. None of these men had any doubt about their calling; it was from God and they knew they couldn’t refuse.


I was raised in a Christian home but even though I didn’t accept Christ as my Savior until I was fifteen years old, from the time of my child hood I knew God was calling me to preach; I had no doubt about it and I still have no doubt.


When I was called, I knew I had to accept. I heard God, I felt God, I could sense His presence. When the man of God is truly called, he will struggle like a mother trying to give birth. To be called by God is to become pregnant with God’s word and purpose and you cannot stop fulfilling God’s call and purpose.


Over nearly 53 years of ministerial service, I have often felt God’s call so strongly I accepted calls to churches with no pay simply because I knew God had a plan and a purpose.


A man might be extended a call to and by a church but if he isn’t called first by God, he needs to stay home; to do otherwise could be both church and self-destructive.


My mentor, the late Dr. Jess Moody used to say, “Gentlemen, be sure of your call; no call and you’ll most certainly fall”. I saw his words fulfilled all too often.

No church should ever extend a call to a man which can’t definitively say, “Yes, I am absolutely called by God”. In like manner no minister should ever consider accepting a call to a church that hasn’t asked the question, “When were you called?” and “Would you explain your call”.


We read the prophet Isaiah’s call, “Then I heard the voice of the Lord saying, “Whom shall I send? And who will go for us?” And I said, “Here am I. Send me!”
He said, “Go and tell this people (Isaiah 6:8-9).
We’re reminded in the calling of Paul (Acts 9:4-16) that God made it impossible for him not to accept his call. Paul was blinded and had to wait on Ananias to aid in his healing and Paul was taught that he would have to be totally dependent on God. Paul had no choice but to accept God’s call.

Accepting God’s call is a hard life and a hard thing to do but if done it’s the greatest experience imaginable.
Charles Spurgeon, Dwight L. Moody, Billy Sunday  and Billy Graham all knew and expressed strongly their calling by God to preach God's word. We need more pastors, preachers, ministers and missionaries to know the certainty of their call; even to the point of putting their lives and lively hood on the line for the cause of Christ.


Churches and ministers both would do well to re-evaluate their call.


May God bless those who genuinely accept God's call.


I'm excited to say this is one of the best young preachers I've heard in some time and he just happens to be my youngest son.

Tim's message is simple but direct and demonstrates just how many preachers have taken the simplicity of scripture and turned it into complicated "gobbly gook" that becomes boring and void of the life application Jesus intended.

Tim and his wife Sara have been missionaries to Asia and Africa for the past seven years.
Posted by Dr. Lee Outlaw at 11:46 AM No comments: 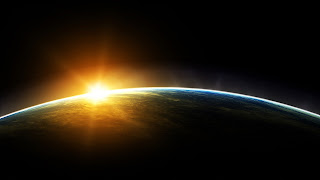 Needless to say, this is a new blog/website which will also be affiliated with a You Tube Channel and Podcast.

It is somewhat ironic, that as a Theologian/Pastor/Psychologist, I have never really attempted a true Theological On-line website with the exception of a few Church Websites I maintained as a pastor.

Unlike those sites, this will be more about enjoyment as well as information. One thing for certain, if you're looking for a traditional Bible Study, you won't find it here; although I do hope you experience some new biblical and theological truths along the way. 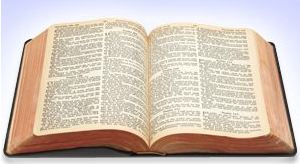 It is my intent to make this website and associated podcast different. Of course, "That's what they all say" but this site will be as much about trying to be historically and factually accurate as it is scripturally.

The goal is to make us think, search and ultimately learn great truths which are in many cases right before our eyes yet to much a degree deeply hidden due to tradition and personal or historical prejudice.

In the days ahead it is my personal desire that your belief will be strengthened, your faith enhanced and your mind absolutely dazzled by the knowledge you gain.

Ultimately, it is my goal that this website will help each of us  "Untangle the Word of Truth".
Posted by Dr. Lee Outlaw at 2:13 PM No comments:

Dr. Lee Outlaw
Dr. Lee Outlaw holds a PhD in Psychology/Christian Counseling from Hamilton University with Psychology and Family Counseling training via Seminary, graduate and undergraduate studies. Dr. Lee Outlaw holds certifications in Marriage and family Counseling, Crisis Intervention/Suicide Prevention and Addiction Counseling and many more. He is a member of The American Association of Christian Counselors. Dr. Lee Outlaw is also a licensed and ordained, Southern Baptist Pastor. Dr. Outlaw is a graduate and holds a B.A. degree from Palm Beach Atlantic College/University, the M.Div. degree from Southwestern Baptist Theological Seminary as well as the PhD degree from Hamilton University. In addition, he did graduate study at Southeastern Baptist Theological Seminary, Luther Rice Seminary and Trinity Theological Seminary. He also attended Miami Christian University. He has pastored churches and practiced Christian psychology/counseling in FL and TX for over 30 years. Dr. Outlaw resides in Harlingen, TX utilizing his experience as pastor and counselor offering consultation services to pastors and churches.